ES
¿Do you need any help? Contact Us: eventos@colne.org.co
ENGLISH
Members Login
DONATE

To learn more quickly, brain cells break down their DNA

New research shows that neurons and other brain cells use DNA double-strand breaks, often associated with cancer, neurodegeneration, and aging, to rapidly express genes related to learning and memory.

Faced with a threat, the brain must act fast, its neurons making new connections to learn what could mean the difference between life and death. But in this response, the brain also raises the stakes: as a disturbing recent discovery shows, to express learning and memory genes more quickly, brain cells break their DNA into pieces at many key points and then rebuild their fractured genome later.

The finding not only provides insights into the nature of brain plasticity. It also demonstrates that DNA breakage can be a routine and important part of normal cellular processes, which has implications for how scientists think about aging and disease, and how they approach genomic events that they have normally dismissed as mere bad luck.

The discovery is even more surprising because DNA double-strand breaks, in which both rails of the helical ladder are cut at the same position along the genome, are a particularly dangerous type of genetic damage associated with the cancer, neurodegeneration and aging. It is more difficult for cells to repair double-strand breaks than other types of DNA damage because there is no intact "template" left to guide the reinsertion of the strands.

However, it has also long been recognized that DNA breaks sometimes also play a constructive role. When cells are dividing, double-strand breaks allow the normal process of genetic recombination between chromosomes. In the developing immune system, they allow DNA fragments to recombine and generate a diverse repertoire of antibodies. Double-strand breaks have also been implicated in neuronal development and in helping to activate certain genes. Even so, these functions have appeared to be exceptions to the rule that double-strand breaks are accidental and unwanted.

But a turning point came in 2015. Li-Huei Tsai, a neuroscientist and director of the Picower Institute for Learning and Memory at the Massachusetts Institute of Technology, and her colleagues were following up on earlier work that had linked Alzheimer's disease to the accumulation of double-strand breaks in neurons. To their surprise, the researchers found that stimulation of cultured neurons triggered double-strand breaks in their DNA, and the breaks rapidly increased the expression of a dozen fast-acting genes associated with synaptic activity in learning and memory.

Double-strand breaks appeared to be essential for regulating gene activity important for neuron function. Tsai and his collaborators hypothesized that the breaks essentially released enzymes that were attached along twisted pieces of DNA, freeing them to rapidly transcribe relevant nearby genes. But the idea "was met with a lot of skepticism," Tsai said. "People just have a hard time imagining that double-strand breaks can be physiologically important."

But Paul Marshall, a postdoctoral researcher at the University of Queensland in Australia, and his colleagues decided to follow up on the finding. Their paper, which appeared in 2019, confirmed and extended the observations of Tsai's team. It showed that the DNA break triggered two waves of enhanced gene transcription, one immediately, and another, several hours later.

Marshall and colleagues proposed a two-step mechanism to explain the phenomenon: when DNA breaks, some enzyme molecules are released for transcription (as suggested by Tsai's group) and the site of the break is also chemically marked with a methyl group, known as an epigenetic marker. Later, when repair of the broken DNA begins, the marker is removed and, in the process, even more enzymes may be shed, starting the second round of transcription.

"Not only is the double-strand break involved as a trigger," Marshall said, "then it becomes a marker, and that marker itself is functional in terms of regulating and guiding the machinery to that location."
Since then, other studies have shown something similar. One, published last year, associated double-strand breaks not only with the formation of a fear memory, but with the recall of it.

Now, in a study conducted last month at PLOS ONE, Tsai and colleagues have shown that this contradictory gene expression mechanism may be prevalent in the brain. This time, instead of using cultured neurons, they looked at cells in the brains of live mice that were learning to associate an environment with an electric shock. When the team mapped genes that experienced double-strand breaks in the prefrontal cortex and hippocampus of shocked mice, they found breaks occurring near hundreds of genes, many of which were involved in memory-related synaptic processes.

Just as interesting, however, was that some double-strand breaks were also occurring in neurons from mice that had not been electrocuted. "These breaks occur normally in the brain," said Timothy Jarome, a neuroscientist at Virginia Polytechnic Institute and State University, who was not involved in the study but has done related work. "I think that's the most surprising aspect of this, because it suggests it's happening all the time."

In further support of that conclusion, the scientists also observed double-strand breaks in non-neuronal brain cells called glia, in which they regulate a different variety of genes. The finding implies a role for glia in the formation and storage of memories, and hints that DNA breaks could be a regulatory mechanism in many other cell types. "It's probably a broader mechanism than we think," Jarome said.

But even if breaking DNA is a particularly fast way to induce crucial gene expression, whether, for memory consolidation or other cellular functions, it is also risky. If double-strand breaks occur in the same places repeatedly and are not repaired properly, genetic information could be lost. In addition, "this type of gene regulation could make neurons vulnerable to genomic injury, especially during aging and under neurotoxic conditions," Tsai said.

"It's interesting that it's used so heavily in the brain and that cells can get away with it without incurring devastating damage," said Bruce Yankner, a neurologist and geneticist at Harvard Medical School, who was not involved in the new work.

This is probably because the repair process is efficient and efficient, but with age, which could change. Tsai, Marshall, and others are studying whether this could become a mechanism in neurodegeneration Yankner says it could also contribute to glial cancers or post-traumatic stress disorder. And if double-strand breaks regulate gene activity in cells outside the nervous system, disruption of that mechanism could also lead to, for example, loss of muscle mass or heart disease.

As the details and uses of this mechanism in the body become better understood, they may eventually guide the development of new medical treatments. Marshall said that, at the very least, trying to prevent double strand breaks may not be the right approach, given their importance in basic memory processes.
But the work also demonstrates a broader need to stop thinking of the genome in static terms and start visualizing it as dynamic. "When you use that [DNA] template, you perturb the template, or you change the template," Marshall said. "And that's not necessarily a bad thing."

He and his colleagues have begun to examine other types of DNA changes associated with dysregulation and negative consequences, including cancer. They have discovered some crucial roles for these changes, as well as in the regulation of basic memory-related processes.

Marshall believes that many researchers still have trouble seeing DNA cleavage as a fundamental regulatory mechanism of gene transcription. "It hasn't caught on yet," he said. "People are still very interested in the idea that it's DNA damage." But he hopes his work and the new results from Tsai's team will "open the door for other people ... to do a little more research."

Original article translated by Investigación y Ciencia with permission from QuantaMagazine.org, an independent publication promoted by the Simons Foundation to enhance public understanding of science. 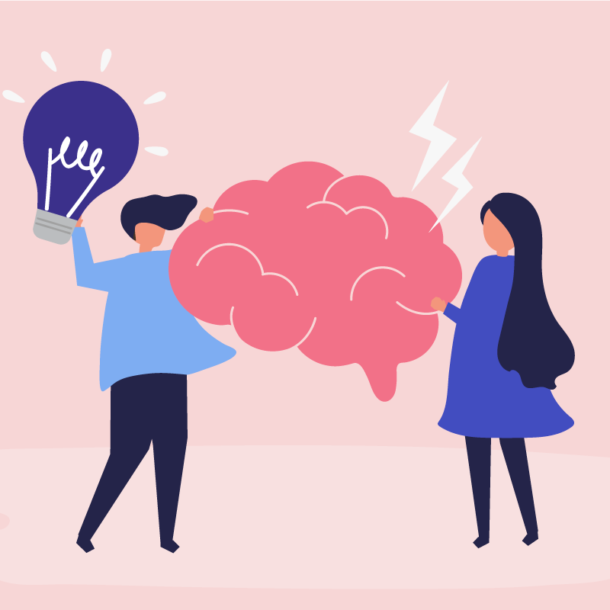 COLNE is a group of scientific, professional, and social-cultural organization, formed by researchers in the field of neurosciences and recognized as such by their production within the national and international scientific community.
eventos@colne.org.co